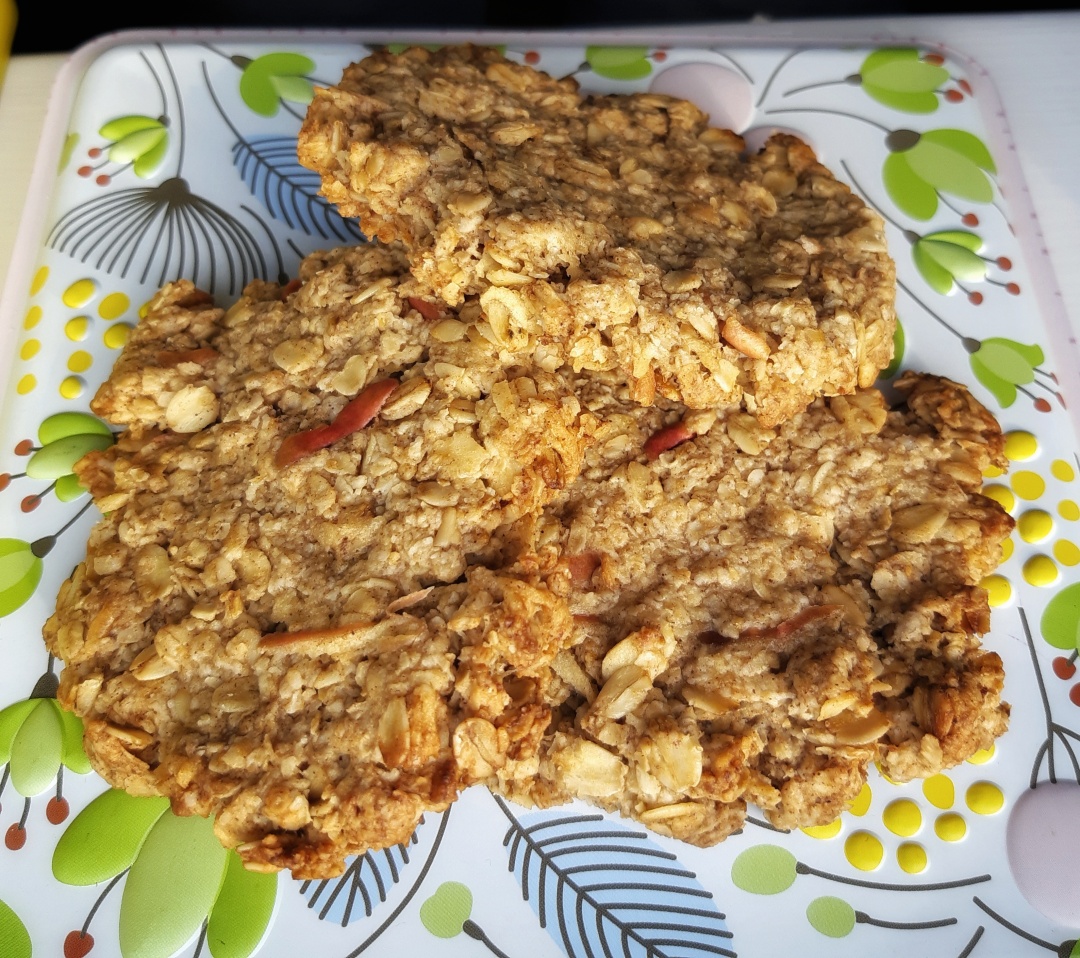 OK, so I have realized that I have neglected this website lately(juggling two jobs since September has not been the easiest) but that needs to stop. With everything that has been going on in the world,and the fact that I have days where I don’t have to go anywhere, I have had the chance to get back to my true passion – baking. I have been making bread(yes including sourdough but I did it before it became cool 😉 ). Today I thought I would share my recipe of some oat, apple and cinnamon cookies I made. Its a bit like an apple crumble in cookie form! And speaking of apple crumble, I made an amazing one the other day so will have to share that recipe with you all as well soon. I made these cookies with one of the children I nanny. She made the cookies as part of her home learning on the Anglo Saxons. I made some modifications and came up with this delicious recipe and the best part is it only takes about 20 mins all together and everything is mixed in a saucepan so no extra dishes.

4 tbs of honey or maple syrup

Line a baking tray with baking paper. Start by pouring the honey/syrup into a large saucepan. Once hot put the butter in and stir until fully melted. Add the apple and stir some more until the apples are completely covered. Take off heat and put the rest of the ingredients in. Mix it all together until it all sticks together. Spoon the mixture up into 12 balls and flatten them out to resemble cookies. Cook in the oven for about 11 minutes or until a bit golden. Let cool on a drying rack and enjoy with a cuppa.

A girl in London who has started her first(and hopefully not last) edible garden. I love to travel and will hopefully be able to share some of my travels with you all as well as my garden and cooking. View all posts by Green thumbed swede

This site uses Akismet to reduce spam. Learn how your comment data is processed.